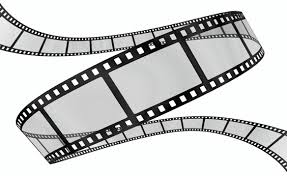 If there is anything that sends a book lover into a frenzy, it’s a bad film adaptation of their favourite book. Of course film-makers can’t keep every scene from the book because the film would just be too long.  And of course, a little altering of details here and there are acceptable, but what really frustrates readers is when adaptations are nothing like the book.  The Reading Room this week published a list of ten books that are nothing like their film adaptations and it makes for interesting reading (warning: there are some spoilers in this article!).  The one that’s always frustrated me (although it’s not on the list, and it’s not a film) is the TV adaptation of Stephen King’s Under the Dome – the characters are so completely different!  I can’t help but wonder, too, what the author of the book must feel when they see their stories are so twisted up and changed – are they happy for that to happen?  What do you think are the best and worst book to film or TV adaptation?

The Best Novels in English

Following Robert McCrum’s 100 best English-language novels in The Guardian a few weeks back, the newspaper has released a list of an extra 15 books – those that readers most wanted to add to the original.  There are some really great books on this list, including Atwood’s The Handmaid’s Tale and Kurt Vonnegut’s Slaughterhouse Five.  Do you agree with these additions?  What books would you like to see on the list?

An opinion piece in The Guardian this week really got me riled.  Jonathan Jones writes a tirade of abuse about the great Terry Pratchett, saying that we shouldn’t consider Pratchett to be anything but light entertainment and worse – we shouldn’t read it because of that.  “Life really is too short to waste on ordinary potboilers,” he says, bemoaning that we spend so much time celebrating mediocrity that we don’t have time for genuine greatness.  Personally, I disagree with him – Pratchett’s novels may seem like light entertainment but the way he weaves barely noticeable yet blatantly obvious references throughout his books is genius.  His books always contain commentary about real world situations yet he’s clever enough to make it seem as though he hasn’t said a word and actually, even if that wasn’t the case – there is a place in the world for light entertainment. 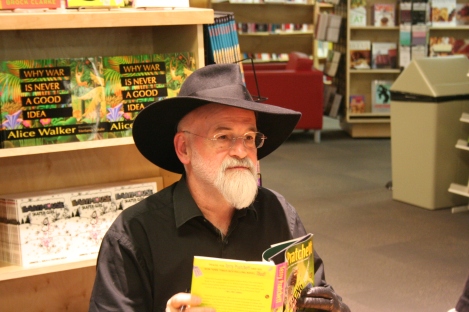 Disagreeing with Jones is not what got me riled though – everyone is entitled to their opinions.  What really frustrated me was Jones’ open admission that he hasn’t actually read anything by Pratchett!  He says he doesn’t mean to pick on that particular author but actually, Pratchett’s name is in the title and the entire article talks about his work.  Both Jones and The Guardian have made themselves look foolish and petty in this piece – you can’t claim hatred (or even love) of something you’ve never experienced and by doing so, you are yourself being a potboiler (or more likely, a click-baiter).  Get a life of your own, Mr. Jones, and leave the rest of us in peace!

Oliver Sacks, neurologist and author of great books such as The Man who Mistook his Wife for a Hat died this week at aged 82.  Sacks, who began writing about his most famous case-studies, later used his notoriety to write about his own musings on consciousness, the human condition, and of course the brain.  His books are available worldwide and his work has even been adapted for stage and screen.  He died earlier this week in his home in Manhattan, following a cancer battle.  If ever there was a time to buy one of Sacks’ books, it is now – a great way to honour a great man.

And for the fun link of the week: What’s Your Cover?

Buzzfeed this week created a quiz so that you can find out whether you are more paperback or hardcover.  Why you’d need a quiz to tell you what sort of reading medium you prefer is beyond me, but hey – quizzes are fun.  I got paperback, as if I didn’t already know!